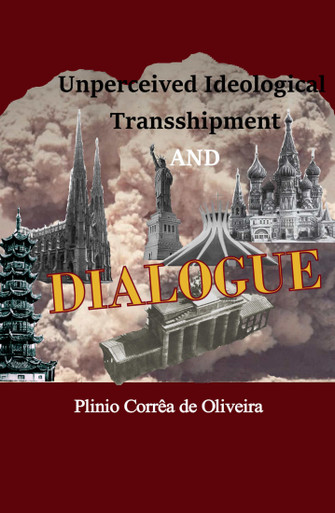 In 1963, we published a study entitled The Freedom of the Church in the Communist State. Translated into several languages, this study made its way through the Iron Curtain. Mr. Zbigniew Czajkowski, a director of the “Communist-Catholic” movement “Pax” of Poland, deemed it necessary to immunize the Polish public against this study by publishing an open letter to us in Kierunki and Zycie i Mysi, Warsaw magazines to which he contributes and in which he attempted to thoroughly refute our work.1 We answered through Brazil’s well-known cultural monthly Catolicismo, thus giving rise to a whole debate which is still not concluded.

In one of the points of his argument published in an article in Kierunki and reprinted in Catolicismo (no. 170, Feb. 1965), Mr. Z. Czajkowski enumerated the advantages that he saw in the simple fact that we were debating. Such advantages supposedly resulted from arguing as such, even though we did not come to an understanding. Between the lines of what the Pax journalist wrote about the advantages of our debate was an imponderable, yet very real, Hegelian influence. And – a small thing but rich in perspectives – applying Mr. Czajkowski’s Hegelian and dialectical premise to all those words whose distortion and misrepresentation impressed us, the meaning of this same distortion and misrepresentation became clarified in a surprising manner. The point of reference explaining and ordering the entire panorama of our previous impressions and observations thus became clear, and the guileful process of psychological warfare, which until then we were only able to glimpse, was laid bare.

Whereas Mr. Z. Czajkowski alluded properly to “debate,” by means of an understandable association of ideas it occurred to us that everything he said about the matter was exactly like what we had heard or read about dialogue. Thus, the word’s varied and enigmatic meaning became clear.

So the importance of certain words, and especially of the word dialogue, as artifices of psychological warfare, was unveiled to us.

The studies resulting from this discovery led us to write the present work, which we submit for the reader’s evaluation.