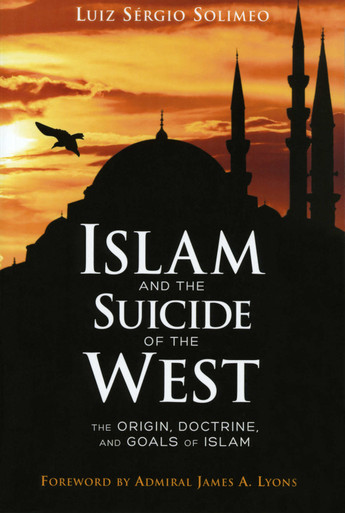 Islam and the Suicide of the West - eBook

Islam and the Suicide of the West: The Origin, Doctrine, and Goals of Islam by Luiz Sérgio Solimeo should be read by any Christian who wants to know about Islam, what Islam teaches about Christians, and the reasons why “dialogue” is not just futile, but dangerous.

Many of the myths about Islam are based on an improper knowledge of its doctrines and beliefs. Mr. Solimeo provides a concise explanation by citing the Koran and Islamic authors. He also looks at the history of Islam and its internal contradictions.

Mr. Solimeo spotlights many reasons why “dialogue” with Islam will not work. Among these are the refusal of Muslims to assimilate into the general society, the nature of Sharia law, and the totalitarian nature of Islamic teaching. It also points out the failure of the Church to realize the dangers involved in pursuing “dialogue” in the name of a false ecumenism.